Innovacera supply a variety of high-purity ceramic materials in Xiamen, China. We are a leading supplier of wear-resistant ceramics, offering solutions for abrasion and corrosion problems.

Our solutions are based on your application parameters: types of abrasion, system and equipment design, operating temperatures and materials. Innovacera’s fine-grained alumina, silicon nitride and zirconia ceramic offer properties that will optimize the solution for any wear application.

Wear-Resistant ceramic linings increase productivity in a variety of typical applications include: 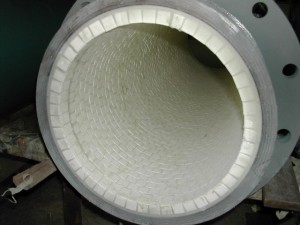 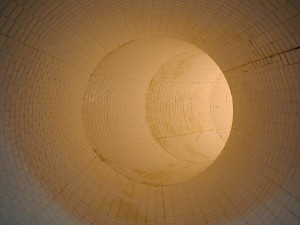 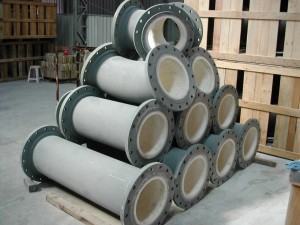 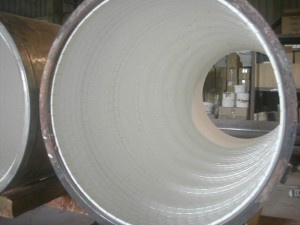 To solve abrasion problems in your material handling systems, contact the experts at Innovacera mail sales@innovacera.com

Thanks for your supporting in the past year.

Effective from 1st April,2014, INNOVACERA will change its Xiamen Office as below:

While our office is changing, our bussiness scope, leagal status and contact details will remain the same.

We’ll be constantly striving to provide better products and service for you!

Specimen holders made from silicon nitride ceramics
CeramTec is producing ceramic components for Astrium GmbH’s experimental unit, which will be integrated in the International Space Station (ISS) in July 2014. The sophisticated, complex silicon nitride components are required for specimen holders. This equipment will be used to analyze material science experiments under zero-gravity conditions in space. The parts will be used in the “Materials Science Lab – Electromagnetic Levitator” (MSL-EML) experimental unit, which will be integrated in the European science lab, called Columbus, on the ISS in July 2014.

Materials Science Lab Trial at Astrium
The unit can perform precision measurements that are not yet possible on earth in a temperature range from +400°C to +2,000°C for specific thermophysical properties of chemically aggressive molten metals. This enables scientists to analyze the early phases of development of a material’s microstructure. The objective of these types of studies is to deepen our understanding of transfer processes, atomic structures and material properties, which in turn will allow manufacturers to refine, improve and re-invent their production methods, materials and products.

A variety of cylindrical and cage specimen holders made of silicon nitride are used here. The specimen holders enter a coil that contains metal alloy specimens that remain suspended by electromagnetic fields without any contact whatsoever with their surroundings. The specimens are melted, cooled in their liquid state and then re-solidified for the experiments.

The MSL-EML is an experimental unit developed by Astrium by order of ESA (European Space Agency) and the German Aerospace Center (DLR). It is used by groups of scientists from Europe, North America and Japan. It is the only unit of its kind in the world and has already been used in three Spacelab missions in cooperation with NASA. Astrium GmbH is a company of Airbus Space and Defense Group, the leading aerospace company in Europe.

Olympic ski jumping hill in Sochi with an inrun track from CeramTec. Made in Germany.
From February 7th-23rd, 2014, all eyes will be on Russia for the XXII Olympic Winter Games in Sochi. The best ski jumpers in the world will compete in the Nordic combined and ski jumping events in the RusSki Gorki Jumping Center. Here, both the normal hill and the large hill have been equipped with ALOSLIDE® ICE technology from CeramTec. The inrun track system enables athletes to jump in perfect conditions, regardless of the weather.

ALOSLIDE® ICE is a one-track inrun system outfitted with ceramic nubs that are vulcanized in special caoutchouc in a scientifically tested design. A cooling unit integrated into the system creates a stable layer of ice 20 mm thick in good snow conditions and in temperatures up to +15°C. An integrated ice cutter and brushes regulate the thickness of the ice and prepare it. The system can be switched easily from summer to winter operation or vice versa without the need for additional ice or snow. In summer, jumpers slide down the take-off ramp to the launch pad right on the ceramic nubs. This technology allows ski jump events to take place year-round in practically identical conditions.

Sergey Zyryanov, Chief of Hill for the Olympic ski jumps in Sochi, put the system to a test last October at an outside temperature of 18°C. He is thrilled with it, saying, “The ice formed and stayed. Neither the summer temperatures nor the steady rain that began a short time later were a match for the ice track.” Hydroplaning and puddle formation are a thing of the past thanks to this system, making additional drainage ditches in the ice unnecessary. Operating the system is easy. “You simply press a couple of buttons and in just a couple of days the track is complete,” explained Zyryanov.

This is not the first time ALOSLIDE® will be used in large competitions. The inrun track system allowed competitions to take place under optimal conditions back in 2006 at the Olympic Winter Games in Turin. In 2011, this German technology was also featured at the Asian Winter Games in Almaty, Kazakhstan. In the last five years, their system has been running reliably and without interruption from November to March. ALOSLIDE® proved itself successful at the facilities in Oberstdorf, Germany and Bischofshofen, Austria, for the Four Hills Tournament and in Klingenthal, Germany, home to the FIS Summer Grand Prix and the 2013 FIS team tour. Both the athletes and Werner Schuster, head coach of the German ski jumping national team, praised the CeramTec technology.

The American Society for Testing and Materials (ASTM) defines a ceramic as “an article having a glazed or unglazed body of crystalline or partly crystalline structure, or of glass, which body is produced from essentially inorganic, non-metallic substances and either is formed from a molten mass which solidifies on cooling, or is formed and simultaneously or subsequently matured by the action of the heat.”

The word ceramic is derived from the Greek word κεραμικός (keramikos), meaning inorganic, non-metallic materials formed by the action of heat. Until the middle of the last century the most commonly known ceramics were traditional clays, bricks, tiles, cements and glass. Many ceramic materials are hard, porous and brittle. The study and development of advanced ceramics over recent decades has involved ways to alleviate problems that rise from these characteristics. Morgan Technical Ceramics has played an important role in this development and today has a portfolio of Oxide, Nitride and Carbide ceramics which, using applications engineering, promotes their key properties enabling these materials to be used in a broad range of applications involving:

Advanced Ceramic raw materials as below

You need a spark to light a fire, and sometimes that’s not so easy, as anybody who’s tried to light a too-green yule log can attest. Thermonuclear reactions, too, have to be ignited, and that is definitely not easy.

The Lawrence Livermore National Laboratory has been studying the problem and is making significant progress on their laser-based “fast ignition” approach for igniting a thermonuclear reaction in a compressed hydrogen isotope fuel pellet. The conventional approach, called the “central hot spot,” involves simultaneously compressing and igniting a spherical fuel capsule in an implosion. In contrast, the FI approach separates the compression and ignition stages of the implosion, which provides advantages such as allowing for variability in fuel capsule dimensions and requiring less mass for ignition (thus less energy input and more energy gain). If the advantages of FI can be realized, the eventual development of an inertial fusion-energy power plant should be easier. Also, the ability to study these types of reactions in a controlled setting could eliminate the need for underground testing of nuclear weapons and allow scientists to study the physics and chemistry unique to the cores of stars and planets.

FI is, itself, a sophisticated technology that involves synchronizing the outputs of 192 laser beams to deliver a massive amount of energy to the fuel pellet. In May, Nature Photonics reported that LLNL successfully demonstrated the technology in March, firing the 192 beams simultaneously and delivering 1.875 megajoules of energy in 23 billionths of a second. LLNL followed-up with a successful repeat firing in July, bringing the possibility of laser-based fusion “75% of the way” to reality, according to a story on optics.org.

There are some practical problems, however. According to the LLNL website, the 192-laser array can fire off a beam only every few hours; between firings, time is needed for the thousands of optics to cool enough to endure another round. Thus, along with this technology, LLNL is working on developing a single-beam laser system in a program called “Mercury.” Mercury’s scientists have already come up with a method for cooling the optics that will allow for frequent firing of the laser. The Mercury technology uses light from diode lasers (similar to those used in commercial CD read/write players) that is amplified as it passes through a ytterbium-strontium-fluoroapatite (Yb:S-FAP) single crystal gain medium. While Yb:S-FAP is one of the most promising materials for high-efficiency, high-power laser applications, it is difficult to grow as a large single crystal, according to Alfred University assistant professor Yiquan Wu.

Wu, supported by an Air Force Office of Scientific Research Young Investigator Award, is studying the synthesis and properties of anisotropic, polycrystalline, transparent ytterbium-doped strontium fluoroapatite, the same material used now as a single crystal. (The Mercury website says that LLNL also is looking at transparent ceramic amplifier media, but does not mention composition.)

In an email Wu comments, “If polycrystalline hexagonal Yb:S-FAP transparent ceramics can be successfully developed through advanced ceramics processing, it will be possible to make large-size laser gain media with optical properties currently unattainable by the Czochralski process.” The gain media for advanced laser applications, such as these, have cross-sections of 10-40 cm2.

According to Wu, laser ceramics are attractive because they last longer and can be fabricated more efficiently than single crystals, i.e., they can be formed faster with higher output production while using cost-effective manufacturing methods. He also notes that there are design opportunities that cannot be obtained with existing lasers. “Laser ceramics allow for the production of homogeneous solid solutions with high concentrations of laser-active ions and for composite laser media with complicated structures. The development of processing techniques for manufacturing laser ceramics with arbitrary geometries and with variable dopants would allow the optical and physical characteristics of ceramic lasers to be tailored, providing the opportunity to design lasers with novel properties and functions,” he reports.

The image (above) shows progress the group has made synthesizing transparent Yb:S-FAP. The focus is on understanding the fundamental mechanisms that control the quality of the materials, which can be applied to a broader class of anisotropic transparent ceramics. To this end, the group is looking at other compositions, too, such as Y3Al5O12, ZnS, Lu2O3, CaF2 and Y2O3.

Wu will share more about his work with Yb:S-FAP and other transparent laser ceramics in the March 2013 issue of The Bulletin.